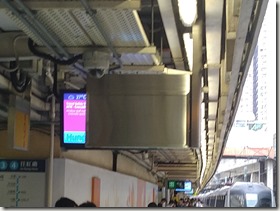 Hong Kong had gone for 23 days without any locally transmitted cases of COVID-19, and was within sight of the totally arbitrary milestone of 28 days.  That’s “two incubation periods”, because, obviously that’s twice as good as “one incubation period” (the normal maximum time between becoming infected and having symptoms).

Except that the incubation period can be longer than 14 days, and people with no symptoms can infect other people.  Also, people are still coming to Hong Kong from overseas.  So even if that 28 day milestone had been passed, there could still be new cases.

Anyway, there are two confirmed cases and others in the immediate family who have symptoms.

But the government seems to be going ahead with its previously announced plans to re-open schools and leisure facilities (including swimming pools) in the coming weeks, so the 28 day target would appear to have been abandoned, which seems to be a rare case of common sense triumphing.

Bars have already re-opened and restaurants can now have tables of up to 8 people.  Life really seems to be getting back to normal.

Needless to say, this is a much better state of affairs than in the UK or US, and this article in The Atlantic attempts to explain How Hong Kong Did It

[Carrie Lam] dragged her feet in closing the city’s borders, and never fully closed down the land border with China. The hospitals suffered from shortages of personal protective equipment.

Lam wavered on masks, and even ordered civil servants not to wear them. There were shortages of crucial supplies and empty shelves in stores, as well as lines for many essentials. In early February, the financial outlet Bloomberg ran an opinion piece that compared Hong Kong to a “failed state”—a striking assessment for a global financial center and transportation hub usually known for its efficiency and well-functioning institutions.

And yet there is no unchecked, devastating COVID-19 epidemic in Hong Kong. The city beat back the original wave, and also beat back a second resurgence due to imported cases. But unlike in Taiwan or South Korea, this success can’t be attributed to an executive that acted early and with good governance backed by the people.

[..] In response to the crisis, Hong Kongers spontaneously adopted near-universal masking on their own, defying the government’s ban on masks. When Lam oscillated between not wearing a mask in public and wearing one but incorrectly, they blasted her online and mocked her incorrect mask wearing.

[..] As Taiwan and South Korea show, timely response by a competent government can make the difference between surrendering to a major outbreak and returning to a well-functioning, open society without lockdowns or deaths. But Hong Kong also teaches that people aren’t helpless, even when their government isn’t helpful.

Hong Kong people may have relaxed very slightly over the last few weeks, but it’s still very unusual to see anyone indoors without a mask.  Anyone who doesn’t wear a mask is regarded as crazy, though it has to be admitted that many are crazy foreigners.

Outdoors is a different matter.  In this part of the New Territories, roughly 50% of people are wearing masks when outside walking, which seems fine anywhere that isn’t crowded.  In busier parts it’s probably 95% or more.

I suppose we all think that we are getting it right and other people are not - whether it’s the small minority with high-spec masks, things hanging round their neck to ward off evil viruses, huge glasses or visors, gloves and plastic from head-toe, or the small minority who take no precautions.  But I’d far rather be here in Hong Kong than almost anywhere else!