Three weeks ago Hong Kong had around 100 cases of the Coronavirus, and only a handful of new cases each day.  The trend looked much better than in many other countries (with typically around 33% daily increases) 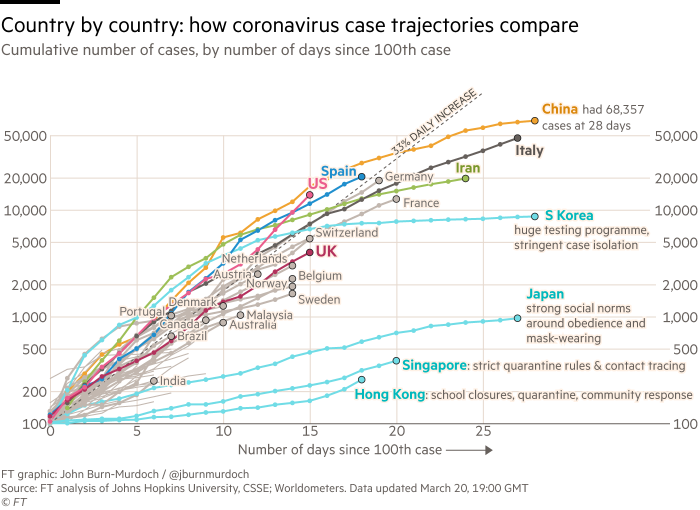 Recently the daily increases have been more dramatic (15% on 18 March, 23% on 20 March), mainly because of people returning home from overseas.  But there have also been more locally transmitted cases, presumably because people had become a little complacent.  Most notably there have been photos circulating of large crowds in Lan Kwai Fong (mainly expats) with no masks in sight.

There’s no doubt that people who stayed at home during the early days of the outbreak are going out more.  However, things are certainly not back to normal - the MTR are still running trains less frequently (and they are still less crowded than normal).  Many shops are opening later and closing earlier.

Bars are still open, cinemas are mainly still open (but only alternate rows of seats are available for purchase, and there aren’t many customers).  One chain of gyms has closed temporarily, and the public sports facilities that had been re-opened a few weeks ago are closed again.  Libraries are also closing again.

So, life in Hong Kong is still much more normal than in many other large cities worldwide.  But not looking as good as it was 3 weeks ago.