I finally got round to cleaning up the links in Hong Kong and Asia blogs. I've removed all broken links and any blogs with no recent postings. It's possible that I may have missed one or two that have moved to new places, so feel free to let me know if that is the case.

Next question is whether anyone actually visits this website or whether RSS readers have completely taken over.

Tropical storm Banyan is heading for Hong Kong….it’s heading to Vietnam…oh no, it isn’t…and now it’s a low pressure area. 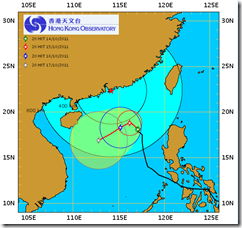 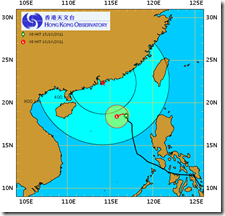 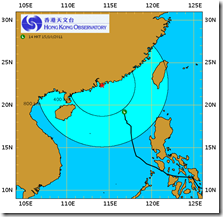 The Book Depository is a UK-based website that offers a decent alternative to Amazon for international customers.  Anyone who has ordered books from Amazon will know that international delivery charges are prohibitive, with the possible exception of expensive books that are reduced by 50% (or more).  The Book Depository don’t charge extra for delivery, and although they do charge customers outside the UK more, their prices are still normally quite reasonable (typically a discount of around 10% on cover prices), especially compared to the 20% markup that usually applies in Hong Kong.

The question is whether that will change if Amazon are allowed to acquire The Book Depository.  They made an offer, which has been accepted by the company, but it has been referred to the Office of Fair Trading.

The Office of Fair Trading has said it now expects to announce its decision on the Amazon takeover of The Book Depository by late October.

On a notice posted on its website this morning (19th September), the OFT said the expected decision date on the merger is 24th October. The decision was originally due on 2nd September. An OFT spokesman gave no specific reason for the delay but added: "In general it can be because some cases are more complex than others, some require more information from the parties or the OFT needs time to analyse the data . . . No inference should be made about the likely outcome of the case."

Amazon announced the deal with The Book Depository in July. The Booksellers and Publishers Associations, the Independent Publishers Guild and the Bookseller Group all oppose the merger.

Given that company appears to be doing well (Book Depository's sales rise 20%) and Amazon is already so dominant, one might think that there would be grounds for blocking the deal on competition grounds.

If it does go through, will Book Depository continue to operate independently and offer a better deal to overseas customers than Amazon?  I guess we just have to wait to find out.

Except for readers outside the United States.  Sometimes the title is simply not available, which is quite annoying, and sometimes we are allowed to buy it – but only at a higher price.

Not just the ridiculous $2.00 extra charge for nothing (I don’t have a Kindle 3G, so the cost of delivering a title to me in Hong Kong through the Internet is the same as delivering it to a customer in the US).